When I moved to Boston three years ago, I instantly hated it – every bad day or negative emotion I had, I blamed squarely on the Hub of the Universe. It didn’t help matters that I had just spent the summer in Austin, TX (a city I was madly in love with), or that I had recently been on two amazing cross-country road trips, or that I had grown up in the shadow of NYC (Boston’s natural enemy, as I was repeatedly reminded), or that I was about to suffer through one of the worst/ snowiest winters Boston had had in years. Boston was cold, foreign, and unfriendly, and I spent the little free time that grad school and work allowed making trips down to see my Providence friends. 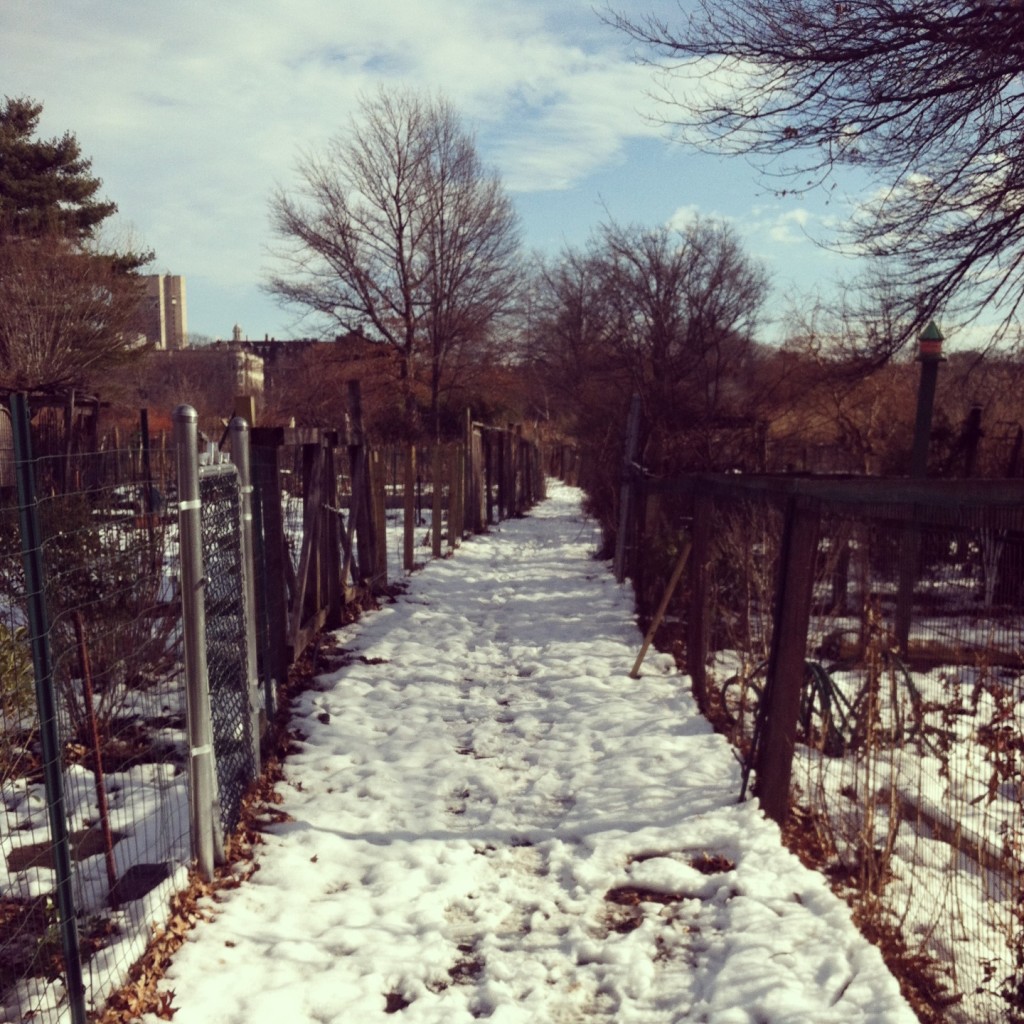 The Fenway Victory Gardens in winter.

Over time though, I grew to love Boston. The shift was gradual – from outright hatred to ambivalence, and then slowly to a weird sort of love. I knew I had officially crossed over when a friend of a friend asked me where I was from, and I responded “Boston” rather than “New York” (our mutual friend overheard this, and immediately shouted, “NO SHE’S NOT! She’s a New Yorker!” But then so was he). 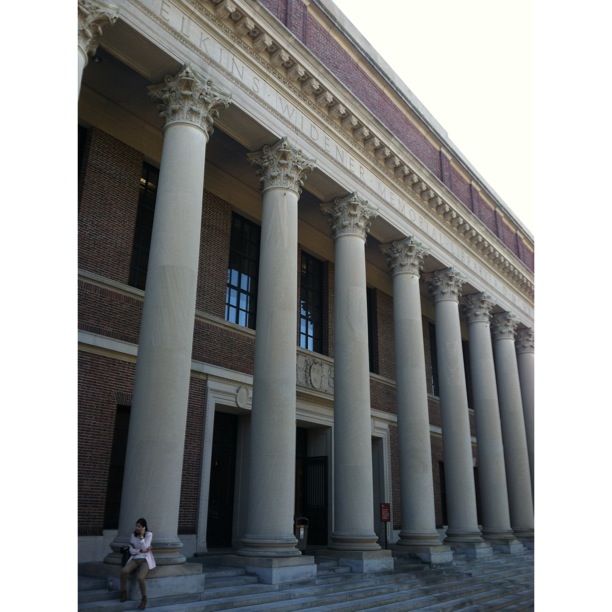 Two months ago, I left Boston, but I didn’t really leave it – I moved home to NY but split my week between the two cities, usually taking the train east early in the morning on Tuesdays and then the bus or train back to NY on Thursday or Friday evenings. The commute was designed to save me money, not time or convenience – I could crash at my mom’s in NY, and with friends in Boston during my abbreviated work week. The commute was tiring and being technically “homeless” was an annoyance, but I didn’t mind – I love riding the train, and I liked feeling like I was traveling, even when it was only between two cities that I am intimately familiar with. I was able to hang out with my friends from college and eat delicious pizza, bagels, and potato cones, while still keeping my amazing job and getting to see all my Boston friends. I began taking long walks around Cambridge, trekking from Harvard Square to Central nearly every day, hoarding Mike’s Donuts from Roxbury in my bag while I hunted down the best lattes within a two mile radius of Widener Library (FYI, I’m pretty sure Simon’s Too is God’s Gift to Central). I wandered through the North End for no reason other than that I could. I stayed late at my office every night, met new people, read YA novels on the train, and had more fun than I’d had in months, maybe years. I was finished with graduate school, but occupying that post-grad liminal space where you’re not entirely sure what your future is going to be. 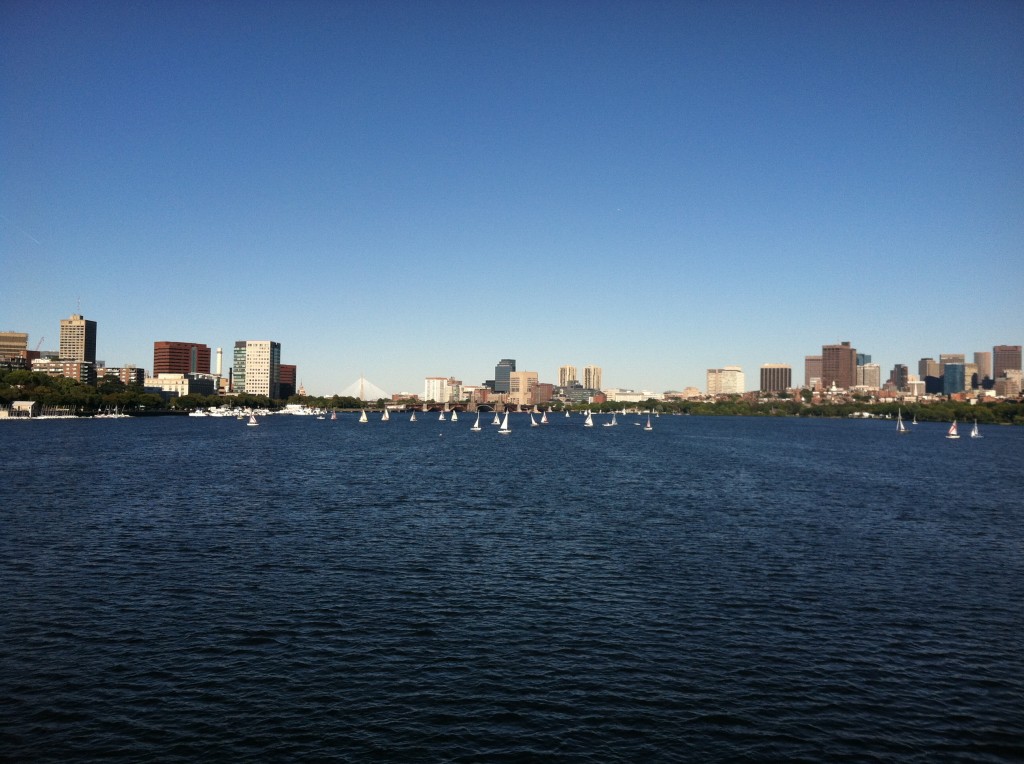 View of the Charles River (and Boston and Cambridge) from the Mass Ave Bridge.

It turns out that my future includes leaving both of these cities that I have a complicated love-hate relationship with – after a lot of thought, I accepted a job in North Carolina. I’m moving to a whole new region in a little over a week, and it feels both exciting and incredibly sad to be leaving behind both the place that I’m from and the place that I’ve grown to love over these last three years. 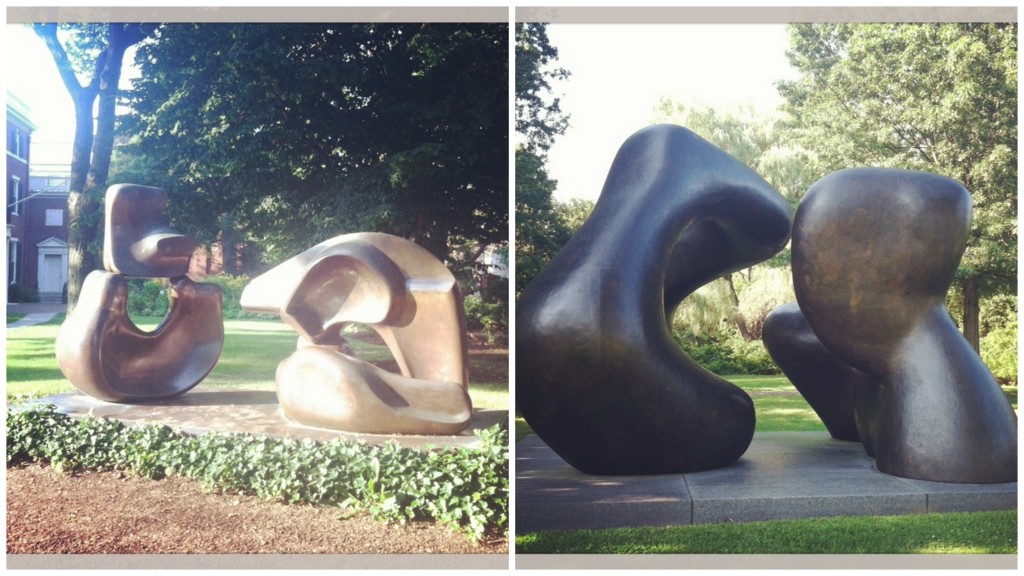 Two Henry Moore sculptures spotted in two days –  on the left, “Four Piece Reclining Figure” (1972-73) at Harvard, my current place of employment; and on the right, “Two Large Forms” (1966-69) at SUNY Purchase, my dearly loved alma mater. On Monday, I decided to swing by the ol’ college while I was in Westchester county so that I could finally touch the sculpture – frankly, it’s surprising I didn’t do it when I was at school there since everyone seemed to have climbed all over it, but I was always a white-gloves-while-touching-art kind of person (probably comes with the whole archivist/ librarian thing). In fact, our student ID’s featured a background of the Henry Moore being clambered on by several students: